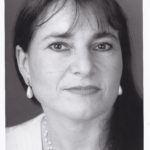 I was called a ‘dirty immigrant,’

When asked what I was, I responded ‘Armenian’

They asked in a demeaning way ‘what’s that?’

The other larger part is occupied by Turkey,

They pushed me away claiming I was a ‘communist.’

But I told them I was not even born in Armenia; I was born in Syria,

As my father and his family were forced out of their home in Anatolia,

After killing a million-and-a-half, and forcing them out of their homes…

I am a Syrian refugee…’Where is Syria?

You must be a terrorist,’ they added!

Do you have refrigerators, how about TV?

Do you ride camels and donkeys?

And continued with their sly remarks

Putting down who I was and where I was from…

It has been five years to the war in Syria,

And it is not only due to a dictator President,

It’s because larger countries have made Syria

A battle ground, to sell their arms and ammunitions,

Weaken Syria, which was the only strong Arab country

In the Middle East…

Now in 2015 I hear our congressmen advising to

Only allow Christians and not Syrians to America,

I am shocked in dismay, wondering

Don’t you know that Syrians could be all religions?

And what does religion got to do with terrorism?

Why is that I don’t feel lucky and happy about being Christian?

Perhaps because it was a century ago Armenians

Were beheaded by Ottoman Turks,

If they did not convert from Christianity to Islam?

Over 3 million Armenians were subjected into a

A forced march to their death in Arabian deserts…

Shall we exclude all Christians, as terrorists

In Columbus were Christians?
Shall we exclude all Jews, as those terrorizing

Palestinians in Israel are all Jewish?

Shall we exclude all Buddhists, as the terrorists

In Myanmar are Buddhists?

And where do we draw the line of sanity, and stop?

I am a Syrian Refugee, and I am grateful for

The human rights that we enjoy here in USA,

I was tired of being squeezed between two brothers,

Stripped of all of my human rights,

As a girl first and then as a woman,

Subjected to gender stereotyping, and discrimination!

I am grateful of all the opportunities I enjoy here in USA:

My parents prohibited me from riding a bicycle in Syria,

Here in USA I learned to ride a motorcycle!

We were traumatized of wars all around us in the Middle East,

Here we are in a bubble; we contribute to conflicts all around us,

But then attempt to sit pretty, mighty, safe, and big,

While wondering why are certain people targeting USA?

I am grateful of all the opportunities I enjoy here in USA;

While it should be practiced around the world, as the

“All human beings are born free and equal in dignity and rights;

Without distinction of any kind, such as race, color, gender,

Language, religion, political or other opinion, national or

I am an Armenian-Syrian refugee now an American citizen,

I am filled with sadness and disappointment,

As we are subjecting thousands of humans to unnecessary trauma,

Instead of embracing Syrians with empathy and compassion,

We are becoming border judges, examining their faith,

Yet no one is asking “what has happened to our faith?”

And how about the Golden Rule:

Do onto others what you wish to be done to you?

I also have much hope and empathy, as I meet strangers

Who express words of empathy to me, they send their

Compassion and condolences for my fallen relatives,

Which filled my heart with peace, instilling a deep sense of

Hope, and ever-present compassion, the courage to endure,

The passion to take one day at a time, and the wisdom

To be truly mindful and present.

Review of Treatment of Complex Trauma: A Sequenced, Relationship Based Approach.