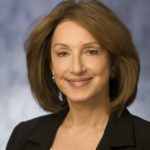 For those attending the APA Convention and interested in global issues, please be sure to attend the international symposium addressing the global refugee crisis. During the past decade, the number of forced migrants— including refugees and asylum seekers— has reached crisis proportions. The United Nations High Commission on Refugees (UNHCR) estimates that by the end of 2014, there were 59.9 million forcibly-displaced persons in the world— the largest number since the end of World War II. During their flight from armed conflict, persecution, torture, and human rights abuses, these forced migrants encountered many traumatic stressors, arriving in their host country with complex social, medical, legal, and psychological needs. 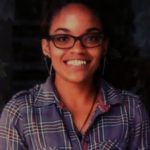 To encourage participation of international students from developing countries at the APA convention, Division 56 offers a $500 International Student Travel Stipend and complimentary convention registration to support travel. A free one-year membership in Division 56 is also included. This year’s recipient of the 2016 Division 56 Student travel stipend is Christabel Leonce from Trinidad and Tobago.  She is a doctoral student in Clinical Psychology at George Fox University. She has been a Volunteer with Trinidad and Tobago Trauma Centre Nature/Nurture Camp for boys and girls, has served as a residential treatment specialist at a children’s home, and also worked as a teaching aid at a primary school with the Trinidad and Tobago Ministry of Education. Her presentation at the convention will address the challenges of children with Fetal Alcohol Syndrome Disorders (FASD).

Thank you to Carl Auerbach, Felicitas Kort, and Greg Lewis for serving on the selection subcommittee of the International Committee to determine this year’s stipend recipient.

Employment is Empowerment: The Impact of Domestic Violence on Women’s Professional Growth