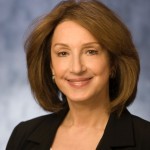 With the largest number of refugees seeking safety since World War II, the International Committee is presenting s symposium at the 2016 APA Convention in Denver, Colorado to address this global problem. The symposium on the refugee crisis was organized by Elizabeth Carll and Carl Auerbach. It addresses the various roles of psychologists and lessons learned when working with refugees from various parts of the world including Syria, Africa, China, North and South America. Symposium participants include Carl Auerbach, Greg Lewis, Adeyinka Akinsulure-Smith, Cyntha de las Fuentes, Barbara Streets, William Salton, and Elizabeth Carll.

The International Committee Interview Series With International Trauma Psychologists is conducted by student members with trauma psychologists from various parts of the world. The current interview, which follows, was conducted by doctoral student member, Christopher DeCou, with Dr. Marzia Giua, who resides in Rome, Italy. Dr. Giua describes her clinical and forensic experiences providing a range of trauma services.

To encourage participation of international students at the APA convention, the Division provides an annual $500 student stipend and complimentary convention registration to support travel from a developing country, who has a trauma related poster, paper, or presentation accepted for the convention. A free one year membership in Division 56 is also included. Interested candidates for the travel stipend should contact: Dr. Elizabeth Carll, Chair, Division 56 International Committee, at ecarll@optonline.net. 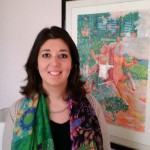 Dr. Marzia Giua is a clinical psychologist in Rome, Italy who has served as a trauma psychologist in a variety of settings, including clinical and forensic contexts. She is a technical consultant to the Public Prosecutor of Rome concerning the psychological treatment needs of justice-involved minors. She has also served in several organizations committed to addressing the needs of survivors of human-trafficking, partner violence, child abuse, and sexual exploitation. She is the coordinator of a Center of Psychological Support for victims of child abuse, human trafficking of minors, and gender violence.

She is also involved with several other European agencies, including Schiavitù Mai Più (“Slavery No More”) and My Choice, which work to abolish and prevent human-trafficking. Dr. Giua is a member of the Italian Order of Psychologists (Latium) Work Group focusing on partner violence.

During our interview Dr. Giua’s shared how her training experiences led to her longstanding commitment to the treatment of trauma survivors and the prevention of human-trafficking across diverse settings.

Dr. Giua completed her graduate coursework at Libera Università Maria SS Assunta (LUMSA) in Rome in December 2004. She has been licensed as a Psychologist by the National Council of Order of Psychologists since 2006. She shared that her early experiences as a psychology student included coursework addressing the complex factors that lead to childhood victimization. These factors included understanding the intersection of criminal law involving perpetrators’ mental health and the needs of survivors of sexual violence, particularly children. This exposure to the difficult and complex underpinnings of sexual victimization was consistent with her goal of being “directly involved” in addressing survivors’ mental health needs.

Following her graduation, Dr. Giua completed postgraduate training in systemic relational psychology at IEFCoS: Scuola di specializzazione in psicoterapia Sistemico-Relazionale (“Postgraduate School in Systemic Relational Psychology”) in Rome in 2012. Dr. Giua described systemic relational psychotherapy as a form of integrative psychotherapy, which requires the synthesis of multiple approaches, including interpersonal, cognitive-behavioral, and psychodynamic techniques. In addition, this approach considers symptoms and functioning across individual, family, and community contexts. Dr. Giua noted how this integrative approach is well suited to work with trauma survivors, who often present complex symptoms of distress. She has worked extensively with survivors and perpetrators of childhood sexual abuse and partner violence.

As a forensic expert (Court Consultant appointed by the Public Prosecutor), Dr. Giua is responsible for assisting with the assessment of treatment needs and psychological well-being of children and adolescents who are taken into police custody in connection with human-trafficking and sexual exploitation investigations. She supports the survivors who become involved in the legal system, but could also be involved in an additional work for the Prosecutor’s office and the court system.

Dr. Giua explained how the process of balancing these distinct, yet related, interests included ongoing collaboration with other professionals, including judges, social workers, and other healthcare providers. Indeed, interdisciplinary collaboration has been a large focus of Dr. Giua’s work with survivors of diverse forms of trauma and victimization, including her involvement to inform policy and procedures with professional associations and other non-governmental agencies that are involved in preventing human-trafficking.

Dr. Giua has worked with survivors of various forms of trauma. She shared about one case where she was asked to assess a child from Central Africa who was believed to be a survivor of human-trafficking. Through collaboration with local authorities and an interpreter she was able to help establish the child’s status as a survivor of human-trafficking, and informed the court as to the developmental and psychological issues involved in cases of child trafficking. In another case, Dr. Giua assisted an adolescent from outside the European Union, who survived maltreatment and witnessed violence, and subsequently utilized a helpline to contact the authorities for assistance.

In these and other cases, Dr. Giua shared how she focuses on avoiding secondary traumatization, and seeks to build an empathic and effective relationship with justice-referred youth. Dr. Giua also identified the importance of effectively synthesizing verbal and non-verbal communication, particularly within the assessment of trauma-exposed youth in forensic contexts.

Dr. Giua described how international collaboration is key to addressing the challenges facing survivors of human-trafficking, violence against women, and the needs of refugees. She explained how survivors of human-trafficking and refugees fleeing violence are often displaced across national and cultural contexts in ways that complicate and hinder effective psychological treatment and coordination of services.

Collaboration among international professionals may allow for culturally-resonant policies and intervention strategies that emerge from the diverse cultural and national perspectives of the professionals involved. Dr. Giua noted the efforts of the American Psychological Association and Division 56 as examples of how efforts to connect psychologists across the globe enable “fruitful cooperation,” which may yield trauma-informed policy and intervention for survivors of human-trafficking and other forms of victimization.

Dr. Giua offered some general advice for students and early career professionals wishing to pursue careers in trauma and forensic psychology. First, Dr. Giua stressed the importance of mentorship throughout all stages of professional development, and noted the important support provided by her own mentors. Second, Dr. Giua noted the need for strong inter-professional relationships, including collaboration during graduate training. Finally, Dr. Giua emphasized how psychologists can and should integrate their own commitment to social justice, and “service above self” within clinical, and policy initiatives. 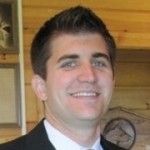 Christopher R. DeCou, MS, is a Doctoral Candidate in the Clinical Psychology program at Idaho State University in Pocatello, Idaho. He is the current Division 56 Student Representative and a student member of the Division 56 International Committee. His research interests center on the study and prevention of suicide, including suicide prevention among under-studied and under-served populations, and the association between trauma exposure and suicidality.