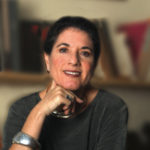 Like the Chinese proverb: “May you have an interesting life,” this was certainly a most interesting time to be in China. President Xi Jinpin had just met with President Trump, and both promised mutual cooperation. On the other hand, tensions in the South China Sea were mounting and North Korea had just tested another missile. President Xi’s daughter had just graduated from Harvard with a degree in psychology, and now the Chinese government was prioritizing the need for mental health services. New requirements mandated that different levels within organizations have counselors available, so training a new crop of counselors was essential.

However, psychology training in China has been primarily academic. Since studies of psychology and sociology were shut down in 1949, there are few resources for clinical training, as well as few internship sites and even fewer standards of practice. With a new interest in Western psychology (I even saw pop psychology magazines at the airport), people are hungry for training and rather indiscriminately consuming some of the latest and most commercial Western imports. Being a “coach” or a “counselor” is unregulated, and people come to classes with a wide range of experience and background.

My experience in China started in 2010 with a conference in Nanjing called: The First International Conference on Existential Psychology. It was described as “An intellectual dialogue between East and West: How to face suffering and create value of life.” More than 40 experts of existential psychology from 10 countries assembled in Nanjing to engage in the mutual exploration and dialogues on the basic themes between existential psychology/psychotherapy and Chinese philosophy/cultural psychology. These conferences have continued every two years with the aim of collaborative exchanges to find commonalities between East and West through presentations, demonstrations, and informal collegial exchanges. My own interest in the cultural exchange came from years of studying and practicing Tibetan Buddhism, mindfulness practices, and existential psychology. Interest in the heritage of indigenous cultures came from years of folk dance, travel and dance therapy.

That year I did a workshop at China Institute of Psychology (CIP) in Beijing. The workshop was about the role of embodiment in psychology. I was curious, since so much of Chinese traditional philosophy and medicine is based on ancient mind-body practices, about how the workshop participants would respond to a mind/body form of psychology. The participants, in fact, loved the workshop and the directors asked me to start a two-year training program. We are now in our seventh year, and students are already beginning to lead groups under supervision.

From the point of view of traditional Western approaches, psychology has traditionally been concerned with the mind and thinking, and excluded body expression and non-verbal communication from this equation. Thus, such a separation of body-mind begins to create an unnatural mode of expression and perception, cutting out important pathways of understanding and healing. Fortunately, new findings in research are confirming ancient knowledge about the role of the body and the interconnectedness between the mind and the body.

An appreciation for the body is still visible in everyday China. Seniors cluster in the parks in the early morning to stretch, do T’ai Chi or even Tango. People use public space to play ping-pong, sing with karaoke or in groups. The importance of movement for mental and physical health is clearly understood and appreciated.

For the beginning of our training, we began with KinAesthetic Imagining (1996), a process by which the moving body creates meaning through images that can be understood like dream images. We start with the body as instrument, cultivating qualities of embodiment, and kinesthetic intelligence. Participants learn how to ground themselves, how to tune into their own bodies and those of others. They practice creating a safe space (usually a circle), mirroring, picking up movement cues, and supporting the emerging images. They learn a language of movement that describes nonverbal communication in terms of time, weigh, space and flow. This language helps them articulate how they are experienced in relationship with others and in their everyday lives. Participants learned to ground themselves, practice relaxation, improvise, growing more at home and confident in their bodies. They understand their movements in terms of archetypal figures and symbols, as well as the group process in terms of the existential dimensions of Freedom and Fate; being Alone vs. Being with others; Life and Death, and Meaning vs. Meaninglessness.

The existential themes seemed to resonate with many members, especially the theme of Freedom and Fate (or constriction). One group developed and performed a dance about Freedom and Fate that told a Chinese version of the story of Romeo and Juliet. Others, finding new freedom, expressed a yearning for authenticity and the need to find meaning in life. Life for many was an effort to balance the Taoist influence of process and flow and individual development with the Confucian influence of strict roles, hierarchies and restraint. One woman shouted: “I’m so tired of being Confucian Good Girl, Good Daughter, Good Mother…I want to be ME! But I have no idea where to start—can you help me?”

Along with the new freedom came more freedom of feeling and expression. With access to romantic Western literature and social media, people were idealizing the perfect relationship. I found a surprising number of divorces in the group, with young people searching for the “right one,” self-love, and the chance to give and receive love.” Other group members commented:

“I’d like to thank everyone. I was in finance, accustomed to one pattern, now psychology has opened a new window, shown me other ways of viewing life.”

“I could not feel the muscles in my back. You told me that that is where the angels grow wings, and that represents freedom. That is what is most important for me and what I long for.”

Another group member wrote this poem:

Even though our feet

Still trapped in the swamp of ego

Still may be blinded by fear

Even if our hearts

Still be kissed by weakness and loneliness

When our soul begins to wake

The desire to go home

Will get our feet into the swamp

Such as stepping on a massive rock

Will be lit by joy

And the soul that has revived

With all the shackles of fate

On the way home

China today is also a fascinating study into a mind-bogglingly rapid transition into a modern society. The theme of tradition vs. modernity (and even post-modernity) is evident not only in personal relationships, but in the number of people being uprooted from their villages where generations of family have lived. China has always been a collective society, so the loss of place and group support for many of China’s elderly has been traumatic. Whole villages are swept up into modern faceless apartments. Of the 55   ethnic groups still in China, some retain their local identity and culture. In the Yunnan province, we were in a small Bai village where local women, who still folk dance several times a week as part of their recreation, taught us their dances. For me and for the students it was profound to see that cultural roots still survive and can help ground members of the community.

The uprooting, loss of identity and meaning has been traumatic for many Chinese. Hopefully, the new support of social services will provide some assistance.

Curious about what other traumatic situations China was facing and how it was dealing with them, I talked with my translator, Zhou Ming (Grace) from the College of Arts and Sciences at Beijing Union University, about her own interest in trauma.

She told me of a long history of trauma dating back 4,000 years that stemmed mostly from the transfer of authority. When emperors changed power, lacking a ritual for the transfer of power, they often caused bloody and violent abuses. When the people could not tolerate the abuses of power, they sometimes resorted to means such as a palace revolt (“parent uprising”). The oppressed launched a war against the officials.

Moreover, there were traumas from a series of occupying powers, such as the Manchus, Mongols and Yuan (Genghis Khan) from other regions or nations. The native Han people were originally here, but northern minorities would attack and take away their properties.

The three biggest recent traumas still affecting citizens are the Nanjing Massacre, the Cultural Revolution, and the Tangshan earthquake. In the Nanjing Massacre of 1937-1938, otherwise known as the Rape of Nanjing, about 300,000 soldiers were brutally murdered and civilians raped by the Imperial Japanese Army. According to Grace, people still do not want to talk about it; it was a secret for a long time due to a strong sense of shame. People felt shame because the soldiers did not fight hard enough, because people were tortured, and there were not readily available records of what happened. People lost face. Then the Chinese American author, Iris Chang, did the research and wrote a book that shocked the world—and then she committed suicide.

During the Cultural Revolution from 1966-1976, the government initially tried to build a new social structure and end corruption. To bring knowledge to the countryside, students and teachers from the universities were sent to build better agricultural systems, and then universities were shut down. Conflicts arose among different officials, social structures broke down, there was a widespread shuffle of power, and many officials were persecuted. Grace’s parents, both professors at Beijing University, were sent out to the countryside where Grace was born. Efforts to deal with the psychological aftermath of the Cultural Revolution came quite late and may be skipping a generation. Grace says that she has friends who still suffer from insomnia, and that trauma studies are very needed in China.

The third major group of traumas was from natural disasters. On July 26, 1976, the Tangshan earthquake occurred in which 240,000 people died. That same year, three major political leaders died, and people were feeling especially vulnerable. On May 12, 2008, the Beichuan earthquake occurred in Szechuan, and over 100 people died in the recent crash of the Malaysian plane.

Grace is not aware of any problem with refugees or immigrants, and does not know why they are not coming to China. No other staff members from CIP knew either, but all told me that trauma studies were needed and people are now ready.

Ilene A. Serlin, PhD, BC-DMT is a licensed psychologist and registered dance/movement therapist in practice in San Francisco and Marin county. She is the past president of the San Francisco Psychological Association, a Fellow of the American Psychological Association, past-president of the Division of Humanistic Psychology. Ilene Serlin is Associated Distinguished Professor of Psychology at the California Institute of Integral Studies, has taught at Saybrook University, Lesley University, UCLA, the NY Gestalt Institute and the C.G. Jung Institute in Zurich. She is the editor of Whole Person Healthcare (2007, 3 vol., Praeger), over 100 chapters and articles on body, art and psychotherapy, and is on the editorial boards of PsycCritiques, the American Dance Therapy Journal, the Journal of Humanistic Psychology, Arts & Health: An International Journal of Research, Policy and Practice, Journal of Applied Arts and Health, and The Humanistic Psychologist.