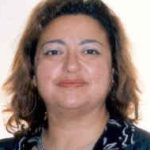 Since the beginning of the war in Syria in 2011, Lebanon has been facing a major challenge with the influx of Syrian refugees into its territories. The number of registered refugees in the United Nations High Commissioner for Refugees (UNHCR) office has reached over two million at its peak, with 78% of them being women and children. Currently the number has dropped to around one million, since many have tried to reach Europe through Turkey, and some have been able to secure immigration status to other parts of the world. Lebanon’s total population counts four million, with refugees currently constituting 25% of its inhabitants. The influx of refugees was at some points uncontrollable, especially at the start of the war. Although a large number have left, the ones remaining have been in Lebanon on average for three years, living in less than desirable conditions. Most live in border towns in tents, or in rented housing. Various Non-Government Organizations and United Nations (UN) bodies have been providing them with their basic needs, such as food, household items, personal items as well as education for the children. However, refugees are in a great need for basic social health and mental health support. Moreover, these populations have experienced various traumas and significant threats to their safety.

Aim of the project

Although Lebanon has been frequently exposed to crises such as terrorist attacks, wars, and armed conflicts, there is a significant dearth of health workers who are adequately trained in refugee and crisis management. The lack of well-designed interventions and services targeted to respond to the needs of refugees in times of crises may lead to sporadic and unsustainable programs that do not lead to long-term positive outcomes.

Thus, given the current situation and the high need for sustainable crisis management interventions the author was contacted by the UNFPA (United Nations Population Fund) to fill such a gap by providing training for health workers encountering female Syrian refugees and Lebanese women in the host community. The focus of the project was on women, since they are the target population with whom this UN agency works, and one of their missions is to promote their rights and empower them.

The aim of the project is to improve the readiness of health workers to respond to the psychological needs of displaced adult female Syrian Refugees who were affected by the civil war in Syria by training them in the delivery of a group psychological intervention aimed at enhancing problem solving skills among female participants (Miller & Rasmussen, 2010). These groups were also offered to Lebanese women from the host community, hence mixing the women in these activities, with the aim of bringing them closer to each other, and from there bringing the two communities closer together.

The project consisted of training around 50 professionals working in different community health centers across Lebanon to deliver a psychological group intervention to female Syrian refugees as well as Lebanese women.  The group focused on teaching skills in problem solving, an intervention that has been found to be effective at reducing symptoms of common mental disorders such as depression and anxiety (Malouff, Thorsteinsson & Schutte, 2007; Hegel, Barrett & Oxman, 2000).

The intervention in problem solving consists of 12 sessions (90 minutes each) which are semi-structured in content, and delivered weekly over a three-month period. During each session, the participants in the groups can share their experiences, problems and issues they need help with. They can range from personal, familial, social, etc.

The steps for problem solving which were taught to the female participants are:

The support groups were conducted by two social workers working in the centers where the groups were held.  The group discussions revolved around issues of concern to the women in the group. There were around 15 women per group and the group format was closed. A collaborative and participatory approach was adopted in order to better respond to the needs of the group members. A project coordinator visited all the centers, observed the groups as they were running and gave feedback to the facilitators. In addition, two sessions of group supervision were planned between the facilitators and the main author in order to supervise any issues which came up during the groups, but also get feedback from the group participants and the facilitators alike about their reactions to the groups, the topics discussed and the current concerns female refugees are facing.

The feedback of the group facilitators suggested excellent results in terms of the female refugees’ satisfaction, learning skills (which helped them in their daily life), and improvement in the the relationship between refugees and host communities. They reported that women who attended the groups showed enthusiasm and commitment. They were on time, and rarely missed a session. They expressed their content and pointed out how the weekly meetings were already helping them relax and think rationally about their problems.

Although many participants were hesitant before opening up to the group, and expressed their fear regarding confidentiality and secrecy, by the second or third session all women were comfortable enough to share their stories, no matter how personal they were.

The problems shared among all members were similar, which helped them interact and provide support and guidance for each other.  Issues discussed at first were mainly political and financial; the moderators had to shift the focus to more tangible problems that could be solved during the sessions. The topics then revolved around relationship issues, marriage, parenting, violence, stress reactions, and problems with children (young and adult).

One interesting aspect of these discussions is that war related stories, traumas, losses, separations and other themes related to the refugee experiences were almost never mentioned. It is as if it was too soon for them to talk about it, since, as we know, trauma may not fully manifest until a later phase in the person’s experience. This is not to say that all or most of them will necessarily suffer pathological trauma. A few may. However, the majority may either be resilient to their situation, or have enough social support and coping skills to overcome their circumstances.  Others may have a traumatic stress reaction; a normal reaction to an abnormal situation which they have encountered. While posttraumatic stress reactions were not expressed in the groups it is possible that participants were in fact experiencing disturbed sleep, irritability, anxiety or depression, but chose not to disclose their suffering (Bonanno, 2005; Andrews, Brewin, Philpot & Stewart, 2007).

All facilitators reported changes in the participants, including decreased anxiety, sadness, and isolation, violence towards children, irritability at home and with family members. Some also started relying on themselves and their skills and started working at home to earn some income, whether in cooking, sewing clothes, etc. These were clearly beneficial results in the groups.

As the groups grew closer to the end, the discussion revolved around termination: planning the end of sessions and the resistance of the women to stop the groups and not meet again. They discussed the possibility of meeting socially informally to keep their relationships going and the support they gained from each other.

The feedback of the social workers regarding the training was also very positive. They reported that it was very helpful in their gaining knowledge of a new technique. They felt they learned new skills and became familiar with materials that will help them to provide services to refugees in the future.

The success of these groups was clear in the change in behavior and attitudes of the women in the groups from hopeless, negative, anxious and depressed, into more positive, resourceful, and empowered, with feelings of control over the family and their life in general. This shows that using a simple, direct, intervention in a refugee population, which does not require specialized skills from staff, can be quite effective and empowering to the participants.

One interesting topic which was brought up by the female refugees was to run similar groups for men, or for couples. This project is being explored and prepared for implementation, knowing that the content and format of the groups may need some adaptation to fit the male population.

Dr. Khoury is an associate professor and clinical psychologist at the Psychiatry Department at the Faculty of Medicine, American University of Beirut. She is the director of the Clinical Psychology Training Program.

Publication of the APA Handbook of Trauma Psychology